The scheduled drydockings for the V Class MSC tugs are well underway this year with the MSC Victory having already been completed and MSC Volant currently on the slipway. 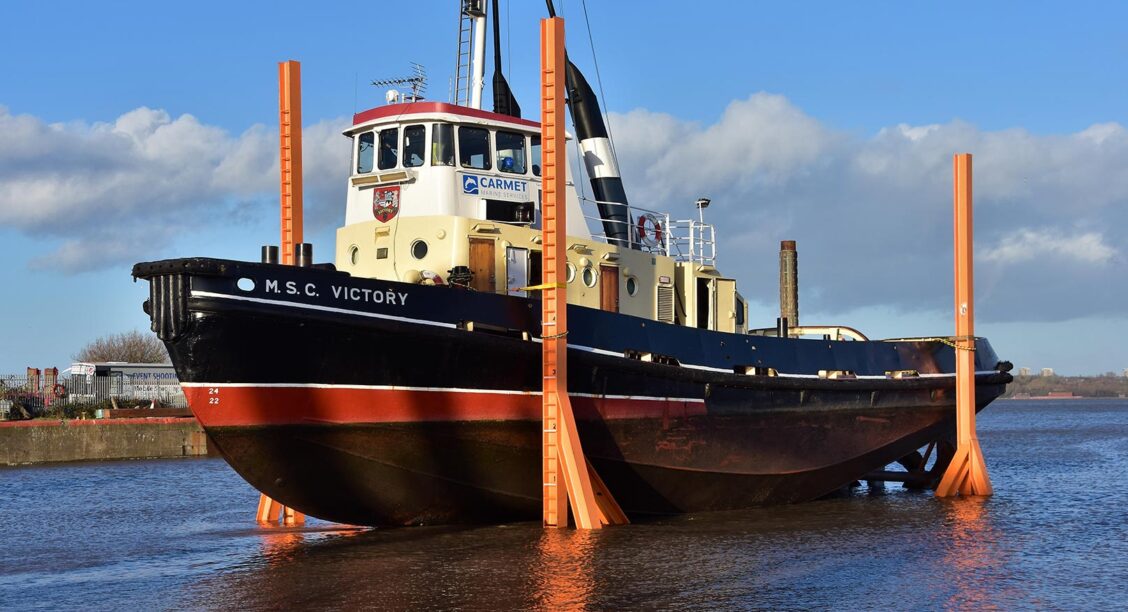 Although the tugs are owned by Peel Ports, previously the Manchester Ship Canal Company, Carmet have solely managed the vessels since 1989. The tugs were built in 1974, by James W.Cook & Co Ltd, specifically for the ship canal. If your maths is correct, it means the tugs are over 45 years old which is quite an accomplishment, and credit must go to the crews and engineers for their immaculate condition to this day. However, they are starting to show their age in certain areas which is why these drydockings are the biggest yet!

Generally, the tugs are drydocked every 3 years for inspections and maintenance, including NDT’s, a washdown, re-paint and checks on the shaft and rudder clearances. The NDT results on the hull are still coming back positive, one of the joys of 45 years working in brackish water. However, the steelwork in other areas, such as the retaining bar for the fendering and decking under the cabins and galley at deck level, have deteriorated over time and need replacing. These are the big focuses during the drydockings. As the retaining bar for the fendering is being replaced, so is the fendering around the tug. The MSC Victory is almost looking like new!

During every scheduled drydocking the propellers are inspected for any damage, which can easily occur when working in the confined spaces on the ship canal. One of the issues being faced as time moves on is the lack of materials and labour expertise to repair the old cast propellers. The MSC Victory had bronze propellers fitted in 2005, which were repaired earlier this year. After discussions with the owners an order has now been placed to change the propellers on the remaining tugs, making future repairs and maintenance more efficient.

The MSC Viceroy and MSC Viking will be drydocked later this year for similar works. It is hopeful that the additional work scope this year will extend the lifespan of the tugs to ensure Carmet can still keep providing the professional and reliable service they have been doing for the last 32 years.